When you are ready to set up an Adwords campaign to start promoting your product or service, it’s wise to understand the big picture of how Adwords works and the different levels within a campaign to optimize. Keep reading below to access the beginner’s guide to Adwords optimization. 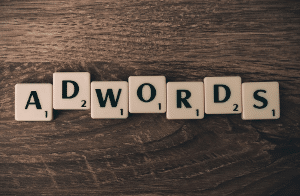 The top level of Adwords organization is setting up a campaign. The campaign is the level where you’ll establish the daily budget, and the ad groups that will live within the campaign. If you want each ad group to have its own daily budget, you will need to set up separate campaigns, rather than one campaign with several ad groups, as the the daily budget cannot be set within the ad group level. If this is the situation you’re in, you’ll need to separate your campaigns by topic, and each campaign will simply have one ad group.

Once you have set up an Adwords campaign, it’s time to think about ad groups to set up within your campaign. Separate your ad groups by topic, or type of customer you’re trying to attract. For example, if Web Ascender created an ad campaign to attract new business, we may have different ad groups to each focus on markets interested in website design, web app development, mobile apps, internet marketing strategy, logos/branding, and training. Each ad group would have a specific set of keywords and ad copy written directly for that ad group. Having separate ad groups with different target audiences in mind allows your ads to reach people who want what you have to offer. Otherwise, someone looking for a new website may be shown an ad for internet marketing services, and they would bypass the ad—diminishing Web Ascender’s chances for finding a new lead. Additionally, someone bypassing our ad would reflect to Google that the ads aren’t relevant to the audience—and when this happens, Google won’t show the ads as frequently.

When your ad groups are established, it’s time to think about your individual ads. Start by setting up at least three ads per ad group. Additionally, in order to fairly evaluate their performance, keep certain pieces of the ad consistent across all three of them. For example, keep the CTA line the same, but mix up the headline and body text (or vice versa). This way you know which ads are working, and not guessing at whether its success is due to the headline or CTA.

When it comes to choosing the destination of your ads, be sure to link to a relevant landing page. If Google sees that visitors quickly bounce after arriving at your site (from clicking on an ad) and don’t bother with filling out a form, they’ll start showing your ad less. Additionally, if you’re going to PAY for visitors to click on your site, you should lead them to a location where they’ll be more than a visitor—help them become lead! If you simply want website visitors to explore your website, focus on optimizing your site for organic searches—those clicks are free.

Within each ad group, you’ll establish a set of keywords that focus on the goal of your ad. Utilize Adwords’ Keyword Planner to gain an idea of what keywords are searched for, how much competition exists for each keyword, and the expected cost per click (CPC) to show up for individual keywords. This will help you gauge how far your budget will stretch based on the typical CPC for your selected keywords. The amount of keywords you use largely depends on your budget. Smaller budgets should run fewer keywords so your budget isn’t stretched across as many keywords. When an ad group has too many keywords at too high of a cost, Adwords will post a message saying “limited by budget” for the affected keywords. Consider raising your CPC for those specific keywords, or pausing them to allow less expensive keywords have access to more of the budget.

Once your Adwords have been running for a week or two, look and see what search terms have triggered your ads. If that list shows search terms that you DON’T want your ads to show up for, consider adding negative keywords on either the ad group or ad campaign level. For example, if the store, Target is running Adwords for a current sale, they will likely include negative keywords such as “Walmart and “Costco.”

One of the most important elements of your Adwords optimization is closely monitoring your Adwords performance and making adjustments as needed. If the goal of your ads are to convert visitors to leads, then think about pausing an ad group (or campaign) if it’s not converting any visitors—you could put that budget toward ad groups and campaigns that are converting visitors. Ultimately, establish the goals of your Adwords prior to setting them up, and monitor them afterwards in order to make the right changes that will further optimize them to reach your pre-established goals.

All of the tools you'll need to run successful inbound marketing campaigns.